I’ve always loved green tea lattes and made a point of ordering one whenever they were in sight. It didn’t take me long to realize though that while commercial green tea lattes were convenient they were definitely leaving me agitated and ultimately fatigued. There needed to be a better way to enjoy this exotic drink without compromising the flavor or authenticity and my health. Fresh homemade green tea latte. Just the idea alone made me crave it. Maybe I’d even go father and add in matcha tea. A double dose of a very good thing.

As you may already know, commercial green tea lattes often use ingredients that us erstwhile health nuts try to avoid. Steamed pasteurized milk and/or canned sweetened condensed milk is typically used which may or may not be an issue for you. However highly processed GMO soy, refined sugar, and artificial flavorings can be. For me there’s no doubt that both of these affect me adversely. Add to that the challenge of finding a green tea latte made with good quality green tea. When you add popular toppings such as canned whipped cream you start moving about as far away from the traditional healing drink as one can get. Time to de-commercialize the green tea latte. A green tea latte using all natural ingredients wouldn’t just taste good; it would also provide a gentle surge of sustained energy, and make me feel rejuvenated rather than depleted. To create this delicious latte, I started with good quality organic green tea and pure matcha powder. That was crucial for turning this drink into powerful elixir-style beverage; which is what it is and should be.

Green Tea has a very long and interesting history. It was used to make the very first tea beverage and is also the first tea drink to be formally named “tea”. In the 7th century, the ancient Chinese began to produce green teas by forming the leaves into pies which were steamed, molded, and then baked dry. At tea-time, these pies were smashed by a roller and then boiled into a drink. This type of tea was popular until 1391 when it was banned by an Emperor in favor of loose-leaf teas.

Green Tea was later introduced to Korea in the 4th century by a Japanese monk. He brought the seeds of the tea from Mt. Tiantai of Zhejiang Province with him (along with Buddhism) and planted the first green tea in Japan. Japan initially used only this green tea, and even today many tea-makers still use the steaming method. In 1673, England imported Chinese green tea for the first time and later started tea plantations in India where it could flourish as a crop for international distribution. I didn’t want to use dairy milk in this latte so I used coconut butter (or coconut cream) instead. Coconut butter adds richness, mild sweet coconut flavor, and a healthy dose of amino acids as well as other important nutrients. It’s great for lactose-intolerant individuals and when combined with water can be used like cream or milk. But you can use whatever full-bodied natural milk you want. Skimming the top fatty layer from a can of full-fat canned coconut milk works great too.

Other additions were fresh mint leaves for enzyme-rich phytochemicals and to stimulate taste buds, and honey for additional enzymes and to boost immunity although the honey is optional. This was blended until smooth and frothy before serving over ice cubes (to jump-start the metabolism).

To keep the tea as natural and enzyme-rich as possible, I steeped it in lukewarm water instead of hot water. I also used warm instead of hot water to mix the matcha tea. It takes a little longer to prepare this way but it’s a much gentler method for extracting the life-giving properties out of the leaves. You can steep in hot water if you want.

This is one generous drink that’s so easy to make. 1-2-3 and you’re sipping on your own healthy homemade green tea latte. Why settle for anything else?

This beverage is sweet, light, healing, and gently stimulating; a delicious way to derive all the benefits of natural green tea. I hope you enjoy it.

This recipe is dairy/gluten/nut-free, and serves 2 – 3 persons. The traditional Japanese way of preparing matcha tea is to brush the powder with a small amount of hot water until it forms into a paste after which you keep adding water until you have a beverage. I simply used a whisk which worked just as well.

To steep the green tea, I use warm water instead of hot water for gentler extraction. 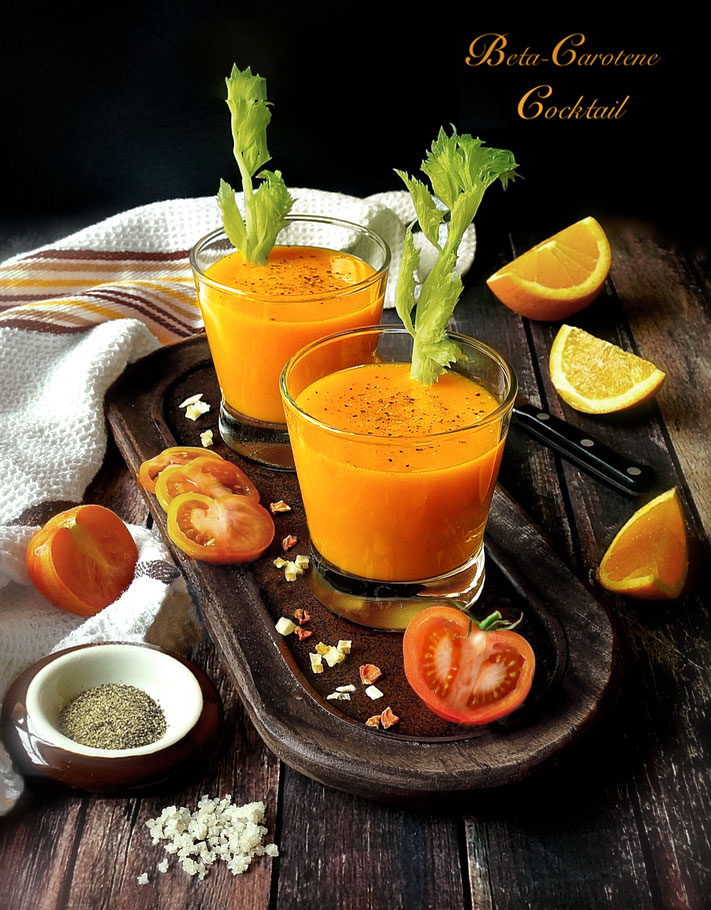 Cocktail: "A mixture of agents usually in solution that is taken or used together especially for medical treatment or diagnosis" This tonic was a life saver. … END_OF_DOCUMENT_TOKEN_TO_BE_REPLACED 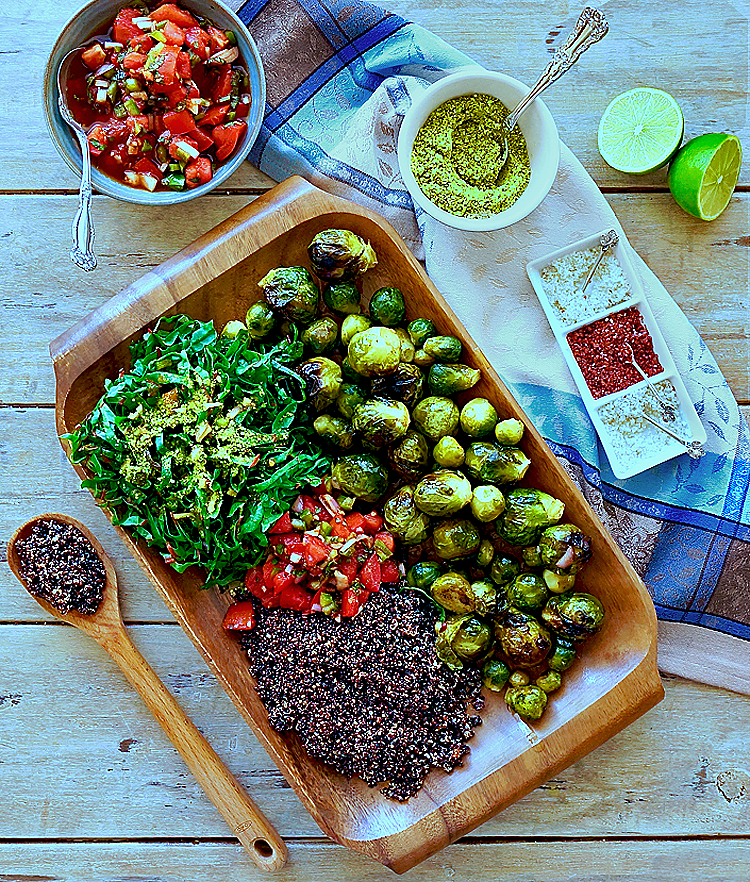 I am always up for trying new things but somehow missed out on black quinoa until just recently. It was an unusually hectic end of the week and I was scurrying … END_OF_DOCUMENT_TOKEN_TO_BE_REPLACED 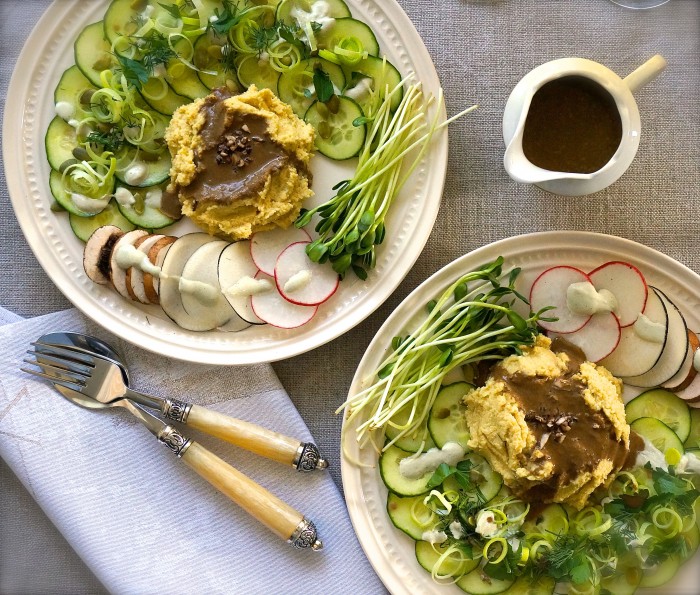 My mother was a fabulous cook.....she could make almost anything and she often made it from scratch. Many evenings Mom would spend a good two hours preparing … END_OF_DOCUMENT_TOKEN_TO_BE_REPLACED 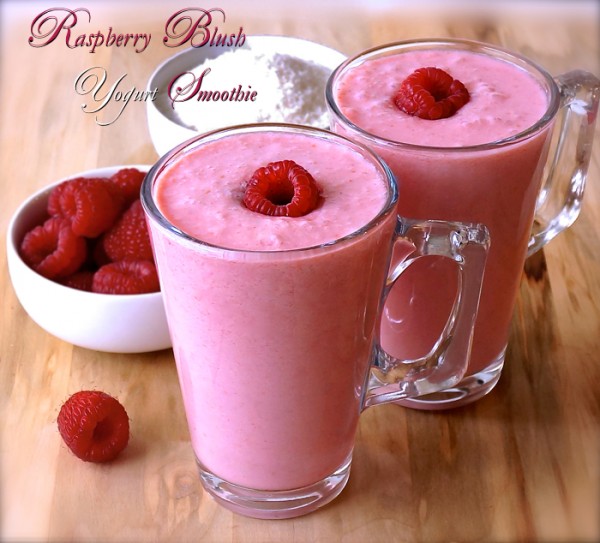 Why yogurt drinks aren't more popular is a mystery to me. Yogurt adds great flavor and body, and infuses every drink with vast amounts of nutrients. It's an … END_OF_DOCUMENT_TOKEN_TO_BE_REPLACED 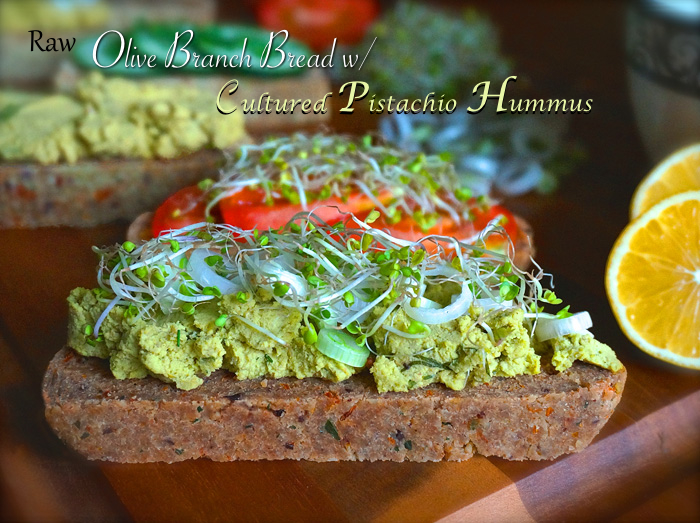 I was getting ready to make bread one day and found myself getting lost in the gorgeous pistachio nuts sitting in front of me. The thoughts that were going … END_OF_DOCUMENT_TOKEN_TO_BE_REPLACED