On one of my trips to Europe we had a layover in Copenhagen, Denmark for about 2 hours. We were hungry after the long flight (more like I really wanted to try some of the food) and decided to check out the many deli cases inside the airport terminal. We were scouring all the goodies when my eyes were quickly drawn to the appealing open-faced sandwiches. They looked rather simple yet so scrumptious. I had to test at least one…or two or three….let’s just say after the first I lost count.

With my first bite I was blissfully aware of the incredible flavors and interesting mix of fresh and cooked ingredients. The sandwiches were comprised of thin layers of very dark and dense rye bread with savory cream cheese spread and topped with layers of sliced cucumber, tomato and chopped fresh herbs. It was a frugal yet filling repast that lingered on my palate long after we left Copenhagen. Once we returned back home from our trip, I immediately set out to re-create my new favorite rye bread sandwich using my Cultured Coconut Yogurt and super healthy sprouted rye flour. Rye is one of those grains you want to experience in full bloom. Rye is a cereal grain that looks similar to wheat, but is longer and more slender. Most of the rye grown is called winter rye or rye berries. These berries can vary in color from yellowish brown to grayish green. In order to make it edible, the hull has to be removed after which it’s milled into flour. Rye flour is unusual because it’s difficult to separate the germ and bran from the endosperm. That means rye flour tends to retain most of its nutrients, unlike say wheat flour.

Rye is abundant in phytonutrients, especially plant lignans. It’s the richest source of all the cereal grains. Lignans are converted by friendly flora in our intestines into mammalian lignans, including one called enterolactone that’s thought to protect against breast and other hormone-dependent cancers as well as heart disease. I so like this grain. Dark rye bread is a staple in eastern and northern European countries. I grew up on it, well sort of. Mom used to pick up a loaf now and then from a local bakery. And while us kids did eat it we were far too attached to our commercial bread to fully appreciate the dark Earthy nature of rye bread. I’m so grateful that as an adult I can discern the difference between what simply tastes good and what’s good in more ways than one.

Traditionally rye bread is yeast-free which is why it’s dense and on the smaller side. Ingredients are often just rye flour, water and salt, although sometimes carob and caraway seeds are included for color and extra flavor. That’s the version I wanted to make using sprouted rye flour. After several failed attempts, I hit on what seemed to be a ridiculously simple recipe. Just mix the ingredients together with a fork, knead the dough a bit, and shape into a happy little loaf. It’s then ready for a dehydrator or oven.

It took several attempts to get this bread recipe right because I was using (raw) sprouted flour. I had to adjust the water measurements to just the right amount in order for the bread to fully dehydrate inside and have a nice crust outside. No soggy bread for me, thanks. If you’ve made bread, especially raw bread, you know what I mean in keeping the balance between the dry and wet ingredients perfectly balanced. Olive Branch Bread with Cultured Pistachio Hummus.

Sprouted rye flour is more nutrient dense and easier to digest than conventional milled rye flour. Soaking and sprouting the grain removes some of the starch as well as phytic acid and some of the gluten, increases nutritional values, and increases nutrient absorption. What this all means is that your body will treat it more like a vegetable rather than a grain.

Once dehydration was completed, I was rewarded with beautiful aromatic bread. The loaf was dense but not tough. I sliced it then dehydrated the slices to make sure it was “baked” all the way through. The slices were perfect for sandwiches and can even be toasted. If baking you can skip the slicing step.

To emulate the cream cheese spread from my Danish bread experience, I created a wonderful cucumber dip using Cultured Coconut Yogurt. It was light and refreshing, and perfect on the hearty bread. You can substitute the coconut yogurt in the recipe with Greek yogurt or any thick yogurt you want. You can even use cream cheese if you want. It all works beautifully with this divine bread.

I topped my bread with slices of cucumber, and tomatoes, slathered on my cucumber dip, and topped with fresh dill. It was wonderful: every bit as good as what I had hoped it would be. The rye flavor was in fact even more intense and pronounced, so I got even more of a good thing. The biggest plus was how easy it all was to make. It took about 10 minutes to prepare the bread and less than 5 minutes to prepare the cucumber dip. Not bad for fresh homemade food made from scratch. Very little clean up too. I hope you will enjoy this unique rye bread and cool yogurt dip. They are perfect as a snack, meal, brunch, appetizer, or side dish. They can be served any time…..actually there’s no time like the present. I’m already on my way back to the kitchen for more.

This recipe is raw, dairy and nut-free, and serves 2 – 4 persons. To dehydrate: Place your bread on a mesh dehydrator sheet and dehydrate at 115 degrees for about 8 hours or until the outside is crisp. When your bread has finished dehydrating, remove and place on a cutting board. If you baked it in the oven you can eliminate the next two steps. Slice the bread in no more than 1/4-inch thick slices. Place the slices back on the same mesh dehydrator sheet and dehydrate at 115 degrees for another two hours or until the slices are dehydrated all the way through. If you want more “toasted” slices, you can dehydrate longer. When ready, remove bread from the dehydrator and set aside or refrigerate until ready to serve.

To bake: Place your loaf on a greased cookie sheet and bake at 300 degrees for out abone hour on the middle rack. When it’s done you can serve immediately or store refrigerated.

Yields one 8-inch round bread loaf. Bread can be stored refrigerated up to 2 weeks and frozen for several months.

The recipe for Cultured Coconut Yogurt is for 2 1/2 cups. You can cut that recipe in half or you can use all 2 1/2 cups and double this recipe. You need to use plain water in the Cultured Coconut Yogurt recipe or the yogurt dip will be too sweet. You can substitute the coconut yogurt with Greek yogurt or any thick yogurt. Try to use organic if possible. To remove the seeds from the cucumber, I simply cut the cucumber in half and run a teaspoon down the center scooping them out. This dip is very versatile. It can be served with many savory dishes and goes great with cut up veggies. 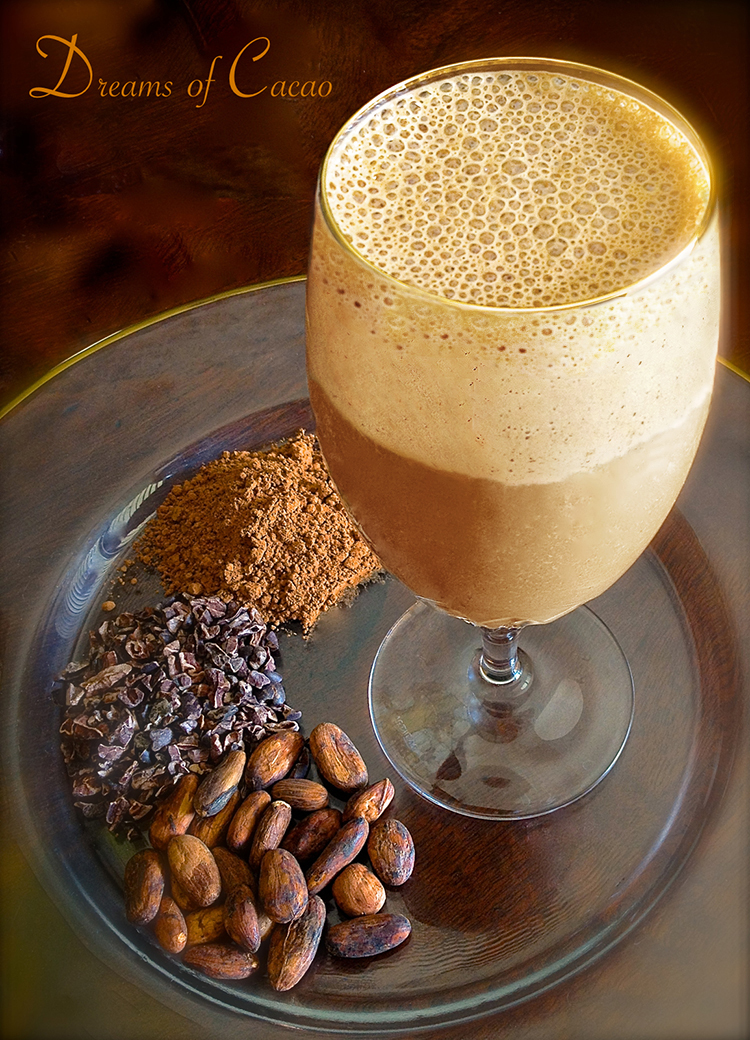 When I think of chocolate milk I get a big giddy and even a bit excited. Sometimes I find myself even salivating. I can't remember a time in my life when … END_OF_DOCUMENT_TOKEN_TO_BE_REPLACED

For some reason I am into the holiday spirit a little early this year. It's not even Halloween and I'm already going crazy in my kitchen with colorful … END_OF_DOCUMENT_TOKEN_TO_BE_REPLACED 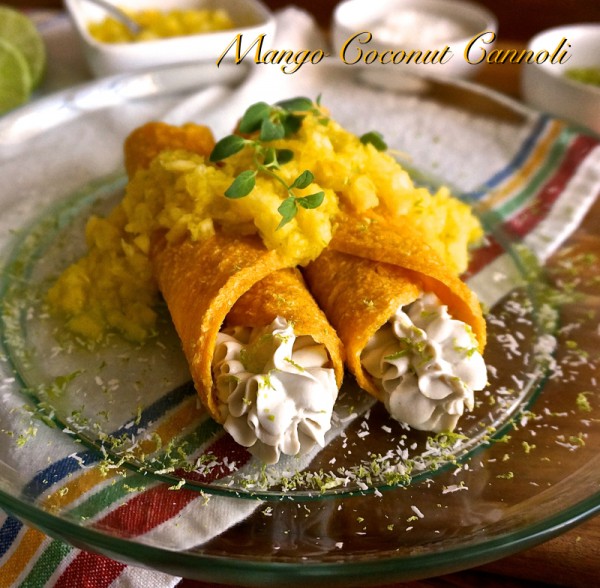 I was in dessert-love the first time I made these....two of my all-time favorite tropical fruits mixed with healthy coconut and rich lemony crème. To this day … END_OF_DOCUMENT_TOKEN_TO_BE_REPLACED 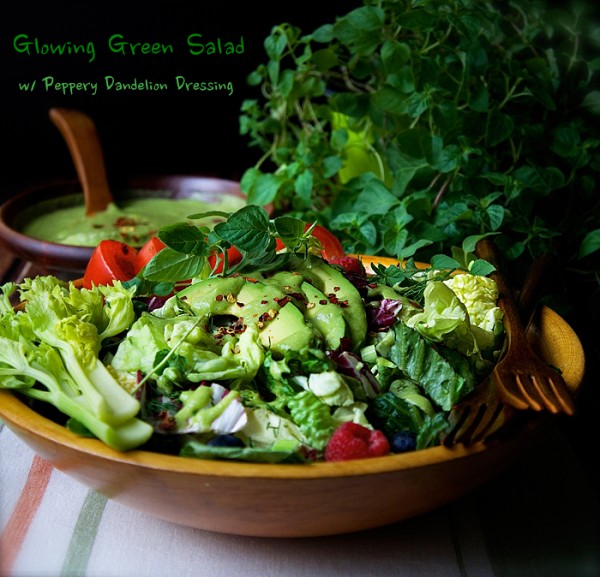 How I love my greens and I hope you do too! Can anyone be too into "green" foods? I don't think so. Green is the color I always include in my meals even when … END_OF_DOCUMENT_TOKEN_TO_BE_REPLACED 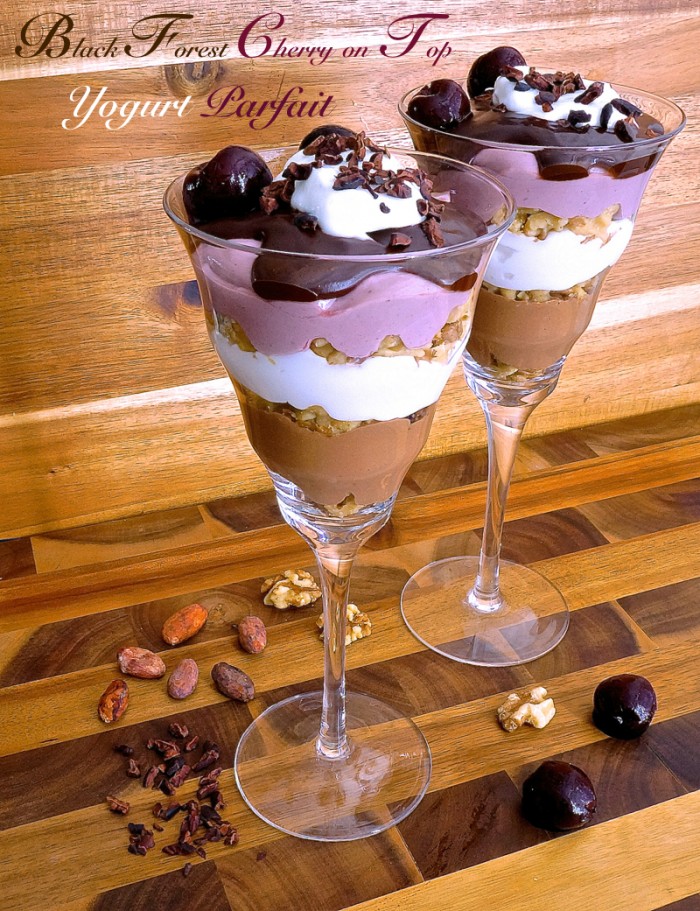 I first visited the Black Forest or Schwarz Wald in Germany when I was a freshman in Junior High School. That was a long time ago. However to this day, I recall … END_OF_DOCUMENT_TOKEN_TO_BE_REPLACED