Almond Mocha, interestingly, is an American spin-off of a latte with added chocolate and almond flavors. Combining all three of these immortal flavors into one drink was brilliant. Coffee, almond, chocolate…….three of the best flavors in the decadent drink world. To me, it’s right up there with fruit and chocolate Dreams of Cacao.

I absolutely adore Almond Mochas. I used to purchase them ready-made but only once in a while because of the ingredient list which always threw me off. Refined sugar and artificial flavorings are not a good thing when you’re watching your blood sugar level and trying to eat clean. An unrelenting craving inspired me to create my own from scratch.

The most challenging part of making an Almond Mocha is balancing out the three main flavors. I’d have to get creative with the spices and sweeteners since both delicious and natural was my goal. Maybe it wouldn’t be as good as those professional concoctions. Or maybe it would be even better.

First attempts at anything, small or large, can sometimes be filled with so much anxiety. The fear of failure, the fear that others may not like our efforts….so many times we talk ourselves out of things not because we don’t think we can do it, but because we’re focused on the emotional fall-out in case we fail. I didn’t want to think failure or think that it wouldn’t be good. Of course it would be good! Optimism is the key to success no matter what your endeavor is! I started by looking for recipes online. I was disappointed that my findings were so sparse. In fact there were only a few to be found anywhere. Some of the recipes included pre-made ingredients, and the rest looked so simple it didn’t seem like they would do the drink justice. I also looked at commercial recipes and no, those wouldn’t work either. Too much sugar and they usually included one ingredient I wanted to avoid the most, almond syrup. Why? Because almond syrup is mostly refined sugar and artificial almond flavoring. Not the stuff of whole food recipes. I reasoned that using fresh Almond Sylk with natural sweeteners just had to taste better than a processed syrup. Add coffee, coconut water, vanilla, cacao powder …..it was starting to sound stark raving good at this point.

One of the ingredients I included in my Almond Mocha was maca. It’s optional but added a hint of sultry malted flavor to my burgeoning drink. It also gently smoothed out the flavors. Maca root has been in existence for thousands of years. Indians in Peru have been cultivating and using it for both nutritional and medicinal purposes since 3800 BC. Surprisingly, it wasn’t until 1843 that maca was studied by scientists and given the official botanical name of Lepidium meyenii, Walpers after the German Botanist Gerhard Walpers.

Nutritionally maca root contains significant amounts of amino acids, carbohydrates, and minerals including calcium, phosphorous, zinc, magnesium, and iron, as well as vitamins B1, B2, B12, C and E. Peruvian maca also includes a number of glycosides. I am a fan, no doubt. I made up the Almond Sylk, added in the remaining ingredients, and produced my first batch of Almond Mocha. It was very good, but not great. Something was missing. Second batch, I added a bit more of this, a little bit of that……. Balancing all the flavors was not as easy as I thought it would be. I was close to accepting that I may not achieve that perfect mix of flavors but if nothing else, my dark enduring drink would certainly be healthy and tasty. Hard to go wrong with most any coffee drink. Then came my final batch later that day. One taste and I had to admit I was wrong. My healthy whole heart Almond Mocha was just as, if not better, than the ones I used to buy. Goes to show that the real deal is always worth pursuing.

One of the reasons my Almond Mocha was so good was because I used a combination of almond and cashews instead of the traditional dairy milk which added depth and complexity. Dairy milk can sometimes act like a flavor buffer, a middleman who unites the opposing sides. I didn’t want that. I wanted proud and independent flavors that you could taste in every sip.

Healthy fats and protein, essential vitamins and minerals, enzymes,mouth-watering flavor…this is a special treat for those moments in your life when a bit of decadence is needed…somewhat urgently. I hope you’ll savor each intentional and joyous flavor and take some time to nurture your ambitions. No matter how large or small, they should never be neglected or stored away for a rainy day. I insist, dear friend.

This recipe is raw, dairy and gluten-free, and serves 2 persons. 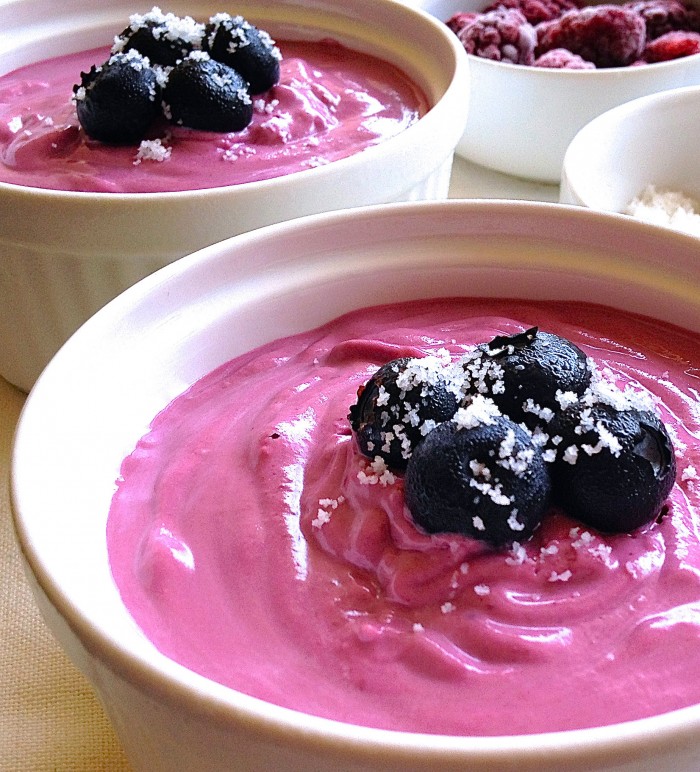 There seems to be some confusion these days in identifying a true mousse from a pudding. Seems everyone is calling their beautiful rich dessert "mousse". But is … END_OF_DOCUMENT_TOKEN_TO_BE_REPLACED 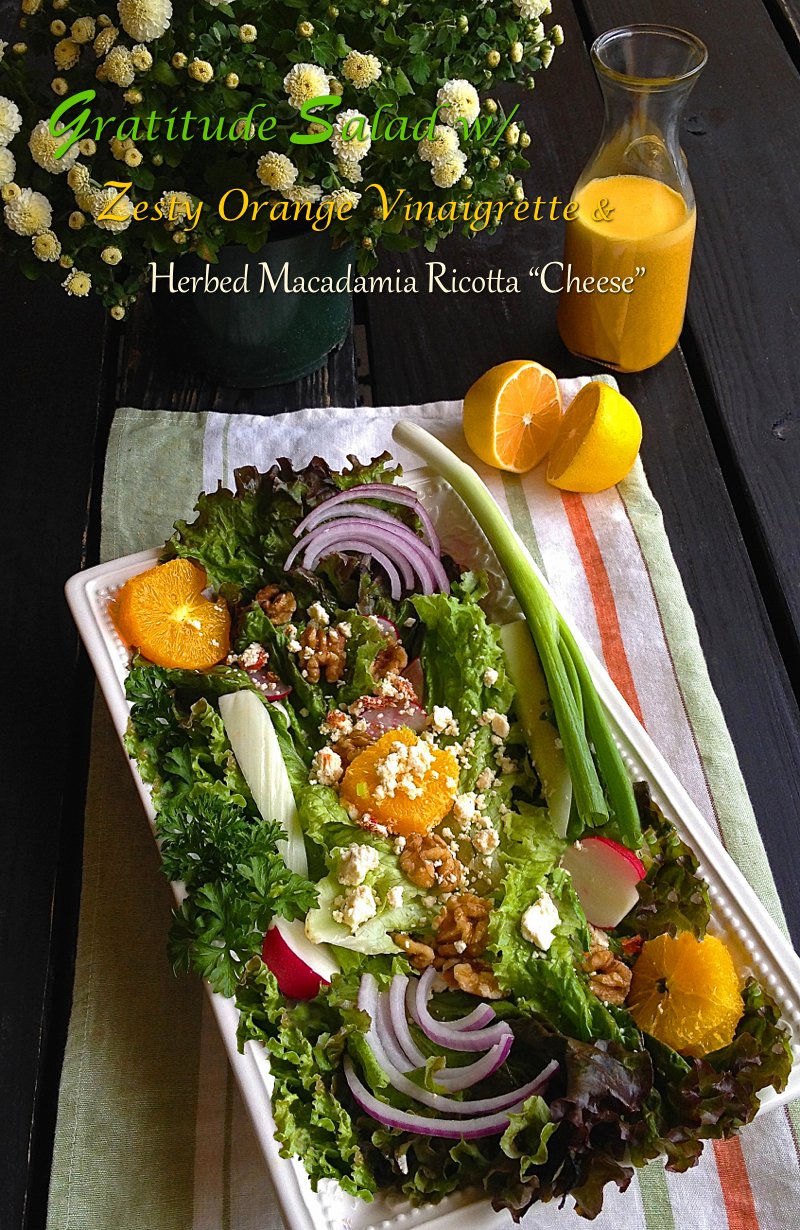 I have news for you......salad is exciting! Did I just say that? Growing up I had an incredibly bad attitude towards salads. Unless they were slathered with … END_OF_DOCUMENT_TOKEN_TO_BE_REPLACED 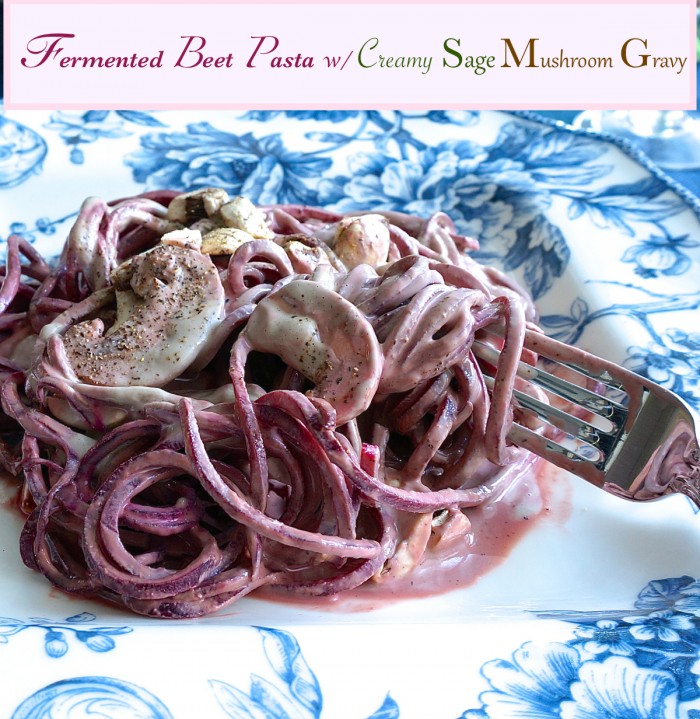 Beets, yes beets! There's a lot to get excited about when it comes to this gorgeous hearty vegetable. It's been used in cuisines for thousands of years and is … END_OF_DOCUMENT_TOKEN_TO_BE_REPLACED 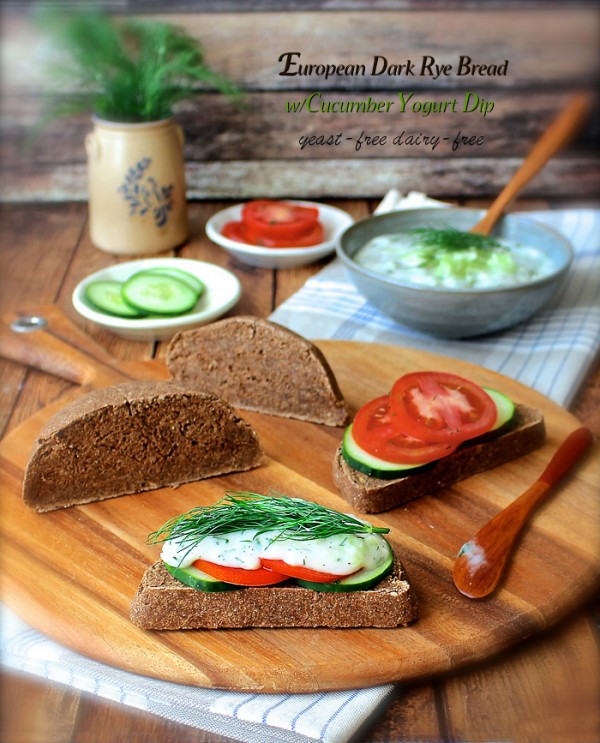 On one of my trips to Europe we had a layover in Copenhagen, Denmark for about 2 hours. We were hungry after the long flight (more like I really wanted to try … END_OF_DOCUMENT_TOKEN_TO_BE_REPLACED 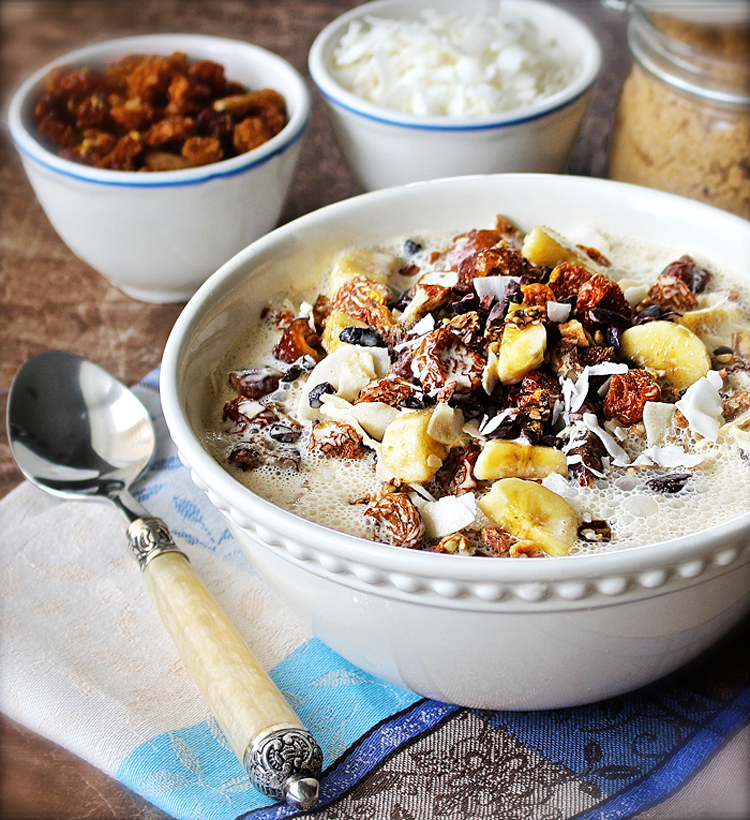 The first time I made this breakfast many years ago my friends and family thought I was crazy. Eating a bowl of mainly chopped fruits and seeds covered in … END_OF_DOCUMENT_TOKEN_TO_BE_REPLACED